Today we are going to review the game Resident Evil 3. The game sounds exciting and almost a bit nostalgic for the 2000s kids because it brings back many gaming memories that we used to play hours together on a desk. Feel nostalgic yet? If not, let’s get right into the review, then shall we?

What Is Resident Evil 3?

RESIDENT EVIL 3 is a remake of resident evil 3 nemesis, which came out in 1999 and has been one of the most played zombie survival games in the late 90s. Resident Evil 3 is a remake of the original resident evil 3 nemesis (1999) and came out on 3 April 2020. It’s almost coincidental that a zombie-based game comes out during a pandemic where everyone is in quarantine. It sure adds to the home quarantine experience. This remake was released by Capcom and is available on PC, PS4, and Xbox.

Players in this game play it with different alternating characters, mainly Jill, the game’s main protagonist, and his teammate Carlos to make the game look more exciting and for the players to understand the story of this game from different perspectives.

In Resident Evil 3, we see the thrills and the horrors of fighting and escaping zombies while trying to escape the infected raccoon city.

Resident Evil 3 takes place in the infected raccoon city where the pharmaceutical company Umbrella Corporation had accidentally released the T virus. Now, the city is filled with mutated zombies roaming its streets.

The story starts with our main protagonist, Jill Valentine, a former Special Tactics And Rescue Service (S.T.A.R.S.) member attacked in her apartment by an umbrella corp created intelligent bio-weapon, Nemesis.

Nemesis’s only goal was to eliminate Jill Valentine and all of the remaining stars members, but when Jill had no other way to more escapes and saw Nemesis coming to kill her, she is saved by an Umbrella Corp unit which is headed by our second protagonist, Carlos Oliveira.

The story goes on with Jill and Carlos trying to save the remaining citizens of raccoon city by escaping the town with the help of subway tunnels.

The rest of the story goes on with Jill and Carlos trying to save civilians and find a vaccine for the deadly T virus. During their mission, Jill gets infected but is luckily saved. Carlos found the virus and evidence against the umbrella virus, proving they had intentionally made the T virus and did not plan to save the remaining citizens and leave them to die.

There are many tiny details and many more parts of the story I have not discussed so that I may not ruin the gamer’s experience. For a detailed story, please consider visiting here.

There are many characters in resident evil 3 but let me explain the main two characters.

1.Jill Valentine:- She is a member of S.T.A.R.S., which is a special task force in the raccoon city police. She is an expert in disarming explosives. She was also a part of the special U.S. delta forces. She is cheerful and independent.

2.Carlos Oliveira:- Carlos is a U.B.C.S. soldier in charge of firearms, security, and mission back up. He is warm-hearted and has a strong sense of right and wrong.

The graphics of the resident evil 3 remake are an absolute treat for the eyes as they feel nostalgic playing this game again,

but the only difference is better graphics. Capcom has used re-engine to make the game better, and almost everything in the game has been updated.

The best parts are the horrifying details added to the zombies, making it feel more real and thrilling. The better and improved graphics have certainly added to the thrill and excitement of playing the game.

Resident Evil 3 (remake of resident evil 3 nemeses) is an exciting, thrilling, and fun game to play especially more fun to stream for other gamers out there. This game will fulfill the players’ bloodthirst and rage desires with a formidable foe after your life at every turn at the game makes the experience more realistic. So, in the end, I would rate this game an 8.7 out of a 10.

Who Is This Best For?

While common sense media rates Resident evil 3 for 18+, I highly believe that this game is meant for ages varying from 15 to 30 as some violent scenes may not be healthy for ages below 15.

With a good storyline remade graphics that look so real, I believe people from 15 and above are best suited for this game, but one thing without a doubt, this game is not for the faint-hearted. Enjoy.

If you’re a fan of survival games, why not check out the last of us 2 review?

Have you played this game? What other horror games do you enjoy? 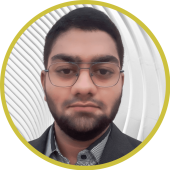